10th October 2017: Cruising as a holiday choice continues to grow in popularity, and with it cruise lines are constantly adapting and introducing new and innovative ways to cruise. There has never been so much choice when picking your cruise ship! The next decade will see the introduction of more and more ships from a multitude of cruise lines which aim to push the boundaries in traditional cruising styles. From go-karting and movable decks to larger suites and infinite balconies, where your doors fold away and your entire living space becomes your balcony, I've put together my pick of 10 exciting new cruise ship launches you need to look out for.

Launching in February and November 2017, the Viking Sky and Viking Sun are to join their sister ships Viking Star and Viking Sea this year. Both have a capacity of 930 and include a glass roofed swimming pool and a main restaurant with retractable roof. Not only this, but both ships include a Nordic inspired spa with hot and cold spa rooms. Shore excursions are included in the price.

Expected spring 2018, NCL's Norwegian Bliss will be one of the cruise line's biggest yet, holding 4,004 passengers and 1,716 crew. Some of the stand out features on board include an aqua park which will feature two multi-storey water-slides, a tandem water-slide and loops which hang over the edge of the ship.

Norwegian Bliss will also be home to the largest go-kart track at sea. Located on its top deck, guests can travel at speeds of up to 30mph! If go-karting isn't your thing, you could always have a game or two of laser tag. Specifically designed for Norwegian Bliss, laser tag will be set in a futuristic world and test even the most skillful of players.

Evening entertainment on board will also step up a gear as the ship will be home to the Tony Award-winning musical 'Jersey Boys'. The Norwegian Bliss will spend its inaugural summer season doing seven day Alaska cruises and will sail seven day Eastern Caribbean cruises from November 2018.

The first Saga cruise ship since 2012, this 'luxury boutique' ship will hold 999 guests and 530 crew over 10 decks and provide an intimate and quintessentially British experience. Boasting its own theatre and seafood restaurant – a first for the cruise line – other areas of interest include an on board spa complete with five treatment areas, hydrotherapy pool, steam room and infrared sauna as well as a cutting-edge gym offering a range of classes with fully-trained fitness experts.

When launched, the Celebrity Edge will debut a number of first-to-cruise features, most notably its 'Magic Carpet' - a movable deck supported off the side of the ship which rises from decks 2 to 16 and acts as a bar, restaurant and embarkation area. The ship will feature a 22m lap pool, the largest in the Celebrity Cruise fleet, two 'martini glass' jacuzzis and an adult-only pool featuring a wall of 3D art in the solarium.

The ship will also include a rooftop garden, and The Retreat, a serene area only for suite passengers, which includes a private pool and sundeck, lounge and restaurant. The ship will also feature their new Edge Staterooms which include an infinite balcony, where, at a touch of a button your entire living space becomes the balcony.

While yet unnamed, this vessel will become a sister ship to Regal Princess and cost an estimated €600m and will carry 3,560 passengers. The ship will become the 19th ship in Princess' fleet and include a 'Movies Under the Stars' experience. Around 80% of staterooms on board will boast balconies. While itineraries have not yet been released, the vessel is expected to operate in China.

Over the next six years, RCI will launch five vessels starting with their fourth 'Oasis Class' vessel, Symphony of the Seas in 2018. When launched, Symphony of the Seas will become the world's largest cruise ship carrying 5,479 passengers. Spaces on board will include a wide botanical area called 'Central Park' where guests can enjoy a stroll or dine in an airy and bright space. Passengers will also have the opportunity to book a cabin with a balcony overlooking this area. Its 'The Boardwalk' will also serve as part of Symphony's 'Neighborhood' area.

The impressive ship will also include a bionic bar, where guests can enjoy a cocktail served by robots, a zip line, rock climbing walls and a video game arcade. Not only this but guests can enjoy a drink in the on board Rising Tide Bar - a moving cocktail bar, have a few laughs in the Comedy Club or dance the night away in its nightclub. Entertainment doesn’t stop there though, its Aquatheatre provides daytime and evening shows where you can watch acrobats dive across the stage and into the pool below, not to mention aerial performances.

The vessel will weigh an impressive 17,000 tonnes. 2020 – Unnamed Royal Caribbean's fifth Quantum Class vessel will debut in 2020. Like its sister ships, Quantum of the Seas, Anthem of the Seas and Ovation of the Seas the vessel will feature amazing activities such as bumper cars and a skydiving simulator. It also will feature the ‘North Star’, a pod which extends up and over the ship and offer incredible 360-degree views over the ocean.

Inside cabins on board will feature ‘virtual balconies’ which will be made up of a floor-to-ceiling LCD TV screen which is linked to a camera mounted on the outside of the ship bringing the outside, in. It also will feature the innovative Two70 theatre spread vertically across two decks. Named for the 270-degree views out of its floor-to-ceiling windows, Two70 provides guests with stunning views out to sea during the day, before coming alive in the evening. Its windows transform into an ultraHD screen more than 100ft wide and 20ft high and will intgrate HD-digital technology with singing, dancing and acrobatics providing incredible performances. Similar to that featured in the video below filmed on Quantum of the Seas.

Oasis V will be Royal Caribbean's fifth Oasis-class ship and is yet unnamed. Scheduled to start sailing in 2021 the vessel will be built at Saint Nazaire's STX shipyard.

The first ship in Royal Caribbean's next class of cruise ship will launch in 2022 and come under RCI's 'Icon Class' of ships. Powered by liquefied natural gas (LNG) the vessel will use fuel cell technology in a bid to reduce greenhouse gas emissions.

The second ship in Royal Caribbean's 'Icon Class' of ships is due to be launched in 2023. The yet unnamed vessel will also be powered by liquefied natural gas (LNG). More information is expected to be announced closer to launch date.

Recently announced, the newest edition to the P&O Cruises fleet is expected to be Britain's biggest cruise ship with the capacity to hold 5,200 guests. 'The Dome' on board is expected to be the vessel's star attraction. It will include an impressive roof and swimming pool with retractable stage creating a unique space whatever the weather.

By day, The Dome will be casual with informal dining and a relaxed atmosphere and by night, The Dome will transform into an exciting and electric space which will see spectacular entertainment performances including aerial acrobats and immersive stage shows. The ship will be the most environmentally efficient ship in the history of P&O Cruises. Powered at sea and in port by liquefied natural gas, exhaust emissions will be significantly reduced to help protect the environment.

The 10th ship in the Silversea fleet, the Silver moon is valued at about $372 million at current exchange rates. A sister ship to the Silver Muse, Silver Moon will displace 40,700 gross tons and carry 596 guests. It will be Silversea’s first new ship since 2009 and will encompass the incredible luxury Silversea is known for.

This yet unnamed ship will be the first Cunard ship in 12 years and the first time since 1998 the cruise line will have four ships in service simultaneously. With a capacity of 3,000, the vessel will be the biggest ship in Cunard's history and follows the £120m refurbishment of fellow ships Queen Victoria and Queen Mary 2. More features of this ship are yet to be announced.

Part of its 'world class' fleet of ships, the vessel will be one of four ships of this size launched between 2022-2026. Upon its launch, the vessel will be the biggest cruise ship in the world hosting 6,850 guests and boasting 2,760 cabins on board; 70 more passengers than the current world-record holder, Royal Caribbean International's Harmony of the Seas.

The ship will feature a futuristic 'Y' shape structure which will allow for stunning panoramic views of the ocean. Powered on Liquefied Natural Gas (LNG), this ship will be more energy efficient and has been described by MSC as the world's 'most modern and technologically advanced cruise ship'. If you love cruising, or are new to cruise, then we can help. We have a Cruise Specialist in every one of our 15 shops with first hand experience of many cruise lines. Download our latest Cruise Brochure to find out more. 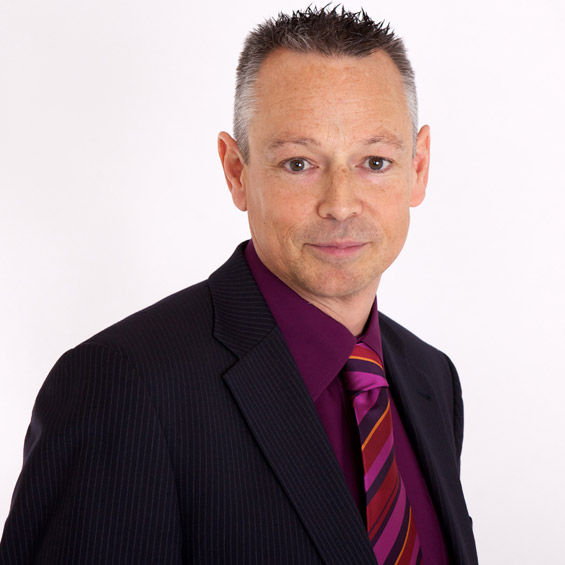