Barcelona to Rome with Silversea

Barcelona to Rome with Silversea

If, when you think of the Mediterranean you think of long nights in Barcelona, lavender fields in Marseille, bathing beauties in St. Tropez and the well-heeled glamour of Portofino, then this is the trip for you. An overnight in Spain’s cosmopolitan capital of Catalonia begins this tour of the Mediterranean coasts, followed by emblematic ports that read like a who’s who of iconic destinations. 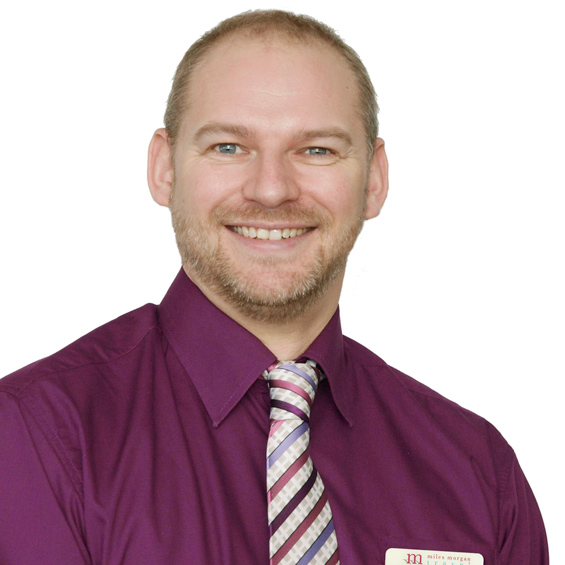 Silversea is an ultra-luxury, all-inclusive cruise line renowned for extraordinary worldwide voyages aboard intimate ships. Sailing to over 900 destinations spanning all seven continents, Silversea offers more destinations than any other cruise line. For the curious traveller, Silversea Expeditions offer awe-inspiring journeys to some of the world's most exotic destinations. With Silversea cruises, you enjoy free-flowing premium wines and spirits, delicious gourmet cuisine, in-suite dining, full butler service for every suite and of course all gratuities.

Authentic experiences. Simple pleasures. Shared moments. Award-winning Silver Shadow has all the hallmarks of extreme luxury at sea. With one of the highest space-to-guest ratios at sea, Silver Shadow is a firm favourite in the Silversea fleet. She offers freedom and space to design your day.

The infinite variety of street life, the nooks and crannies of the medieval Barri Gòtic, the ceramic tile and stained glass of Art Nouveau facades, the art and music, the throb of street life, the food (ah, the food!)—one way or another, Barcelona will find a way to get your full attention.

The capital of Catalonia is a banquet for the senses, with its beguiling mix of ancient and modern architecture, tempting cafés and markets, and sun-drenched Mediterranean beaches. A stroll along La Rambla and through waterfront Barceloneta, as well as a tour of Gaudí's majestic Sagrada Famíliaand his other unique creations, are part of a visit to Spain's second-largest city. Modern art museums and chic shops call for attention, too. Barcelona's vibe stays lively well into the night, when you can linger over regional wine and cuisine at buzzing tapas bars.

Surrounded by water, Sete is a Mediterranean fishing capital and a port with maritime heritage flowing through its salty veins. Set on a lagoon beside the Mediterranean's waves, Sete's streets are interspersed with canals, and the historic Canal du Midi terminates here. Canal boats joust on the river during August’s festival, in this working city of breezy nautical charm. Known as the Venice of Languedoc, house facades front up against canal banks, while leisurely cruises offer romantic trips through this colourful, maritime city. The ascent of Mount St-Clair is perhaps the best spot to appreciate this wonderful, watery setting, and you can also take in the bright frescoes of Chapel of Notre Dame de la Salette while you're there. Or, absorb the town’s deep fishing heritage with a harbour walk among the bobbing little boats, or within the preserved La Pointe Courte fisherman’s village. Sit down to sample the incredible sea life at fine restaurants, which plate up mounds of juicy oysters and shellfish, hauled ashore from the waters. Swing golf clubs on rollercoaster coastal courses, or relax on mile after mile of golden beach, which stretch out along the spit nearby. Inland, discover rich medieval history, beautifully preserved at the walled city of Aigues-Mortes. Mighty Carcassonne UNESCO World Heritage Site also stands within reach, inviting you to enter a majestic fairy-tale citadel of fantasy turrets and imposing battlements. Step across the drawbridge and brush shoulders with armed soldiers and artisans, inside this living timewarp's immense ramparts.

France’s sunniest and oldest city may not have the glamour of some of its Cote D’Azur neighbours, but what it lacks in glitz, it certainly makes up for in authenticity and cultural depth. France's second-biggest city, Marseille served as European Capital of Culture in 2013 and is a fantastic hub of museums, creativity and colour. The Le Panier district is a vivid illustration of this - with its faded streets revitalised by overflowing flowerpots and pretty naturally-distressed doorways. Look down to the yacht-crammed port - where fishermen still unload fresh catches - from the viewpoint at the spectacular Notre-Dame de la Garde - a true crowning glory. Standing over walled fortifications - and capped by an elegant dome - the soaring golden statue of Madonna and Child rises high into the air and is visible all over the city. The huge Marseille Cathedral is equally impressive, with its stunning zebra-striped exterior. Palais Longchamp, built-in 1862, twinkles with flowing water, and its saturated gardens and splashing fountains were built to celebrate the engineering feat of successfully redirecting water to the city. You can’t leave Marseille without tucking into its famous fish stew – bouillabaisse. Flavoured with thyme, garlic and hunks of Mediterranean fish and plump prawns, it’s a bold and delicious taste of Provence. Wash your hands clean after, with some of Marseille’s traditional soap, created using a fragrant recipe of rich olive oil. Escape the hubbub of the city, to soak in the natural glory of Calanques National Park. Hike, kayak and sail your way through a treasure trove of limestone cliffs, dropping off to hidden beaches.

A glitzy, glamorous coastal resort that needs no introduction, Saint Tropez is the French Riviera hotspot of choice for A-listers and flotillas of gleaming yachts. The sparkle of its beaches, and clarity of its light, continues to attract artists - but it was the famous presence of Brigitte Bardot that leant Saint Tropez its enduring glamour and steamy appeal. Nowadays, speedboats skim offshore, while fine vintages from the vineyards nearby are uncorked in top-notch restaurants, in this well-heeled highlight of the Cote d'Azur. Famous bars offer views of the port along Quai Jean Jaurès, with its iconic cherry-red directors' chairs. Here you can admire the monstrous wealth of yachts that sparkle on the waters. On the same corner, big-name brand labels glimmer in the shops of rue François Sibilli - which cuts inland from the charming waterfront. The earthier appeal of boules clinking and thumping into the ground can be enjoyed at Place des Lices, where sun-wrinkled locals compete. Saint Tropez has a few beaches of its own, but famous stretches like Pampelonne Beach draw the biggest crowds to relax on star-studded golden sands. La Ponche, the authentic fishing quarter, retains its cobbled, historic elegance, and a 17th-century, hexagon-shaped citadel watches over the city and coastline from above. Coastal walks in the sea air snake away from the city’s bustle, and a series of headlands shape the stunning riviera landscape surrounding Saint Tropez. The historic monochrome Cap Camarat lighthouse adds a pleasing accent to hikes above the sparkling Mediterranean’s waves.

Scattered along the dramatic emerald Ligurian coastline, the five towns of the Cinque Terre sprawl down cliffs, and splash bursts of colour into mountains that drop off abruptly to gently bobbing waves below. Set above the rich blue water, this precious gathering of fishing villages is a wonder of the Italian coastline. Connected by rail, hiking trail and sea, cars have been largely eschewed and traditions kept alive on this romantic coastal stretch, where each of the interlinked towns preserves its own distinct personality. Portovenere - itself a gorgeous, colourful fishing village - is the gateway to the five towns, which cling to the cliffs of this terraced landscape. Monterosso is the largest, and you can sunbathe on its sandy beach, or explore the town's gorgeous Medieval core. Vernazza is one of the smallest, but perhaps the most pretty and elegant. You'll be rewarded with an authentic fishing village ambience once you arrive, following an achingly beautiful sea approach. Manarola is another of the smaller options, perching higher up on the rocks and surrounded by fertile vineyards and olive groves. Joined by hiking paths, and pretty little ports, you can explore the chain of gravity-defying towns as you wish, ticking them off at breakneck speed, or settling into a café to soak in the sea view, and sleepy way of life. Or head across the waters from Portovenere's gorgeous, stacked waterfront to Palmaria Island's unspoiled hiking terrain - also part of the Cinque Terre and Portovenere's UNESCO World Heritage Site listing.

There are few more elegant places to salute the sunset than Terrazza Mascagni, Livorno’s refined chessboard piazza. A historic port, and a beachy gateway to Tuscany, Livorno welcomes you ashore to explore this enchanted Italian region's sun-soaked beauty, rich flavours and world-renowned fine art. Stay in Livorno to explore 'Piccolo Venezia', or ‘Little Venice’ - a quarter of the town that's laced with canals, little marble bridges and plenty of tempting eateries. With its bustling market, fortresses and iconic waterfront, there’s plenty to keep you busy here, but most will be tempted to venture inland to explore more of Tuscany’s many charms and artistic wonders. Test your nose, as you breathe in the subtleties of Tuscany’s vineyard-draped scenery, and visit wineries showcasing the best of the renowned flavours of the Bolgheri wine-growing area. Or head out to Prato, where you’ll find tightly-woven textile history. Pisa’s showpiece tower is within reach, as is Florence’s city of immense and imaginative renaissance beauty. Admire the delicate carving of Michelangelo's masterpiece, the David statue, and note the provocative stance as he casts a dismissive glance towards Rome. Stand before the city’s majestic black and white cathedral - the Cathedral of Santa Maria del Fiore - with its colossal brick dome. The view down over Florence's river and grand dome from Piazzale Michelangelo, meanwhile, is one of Italy's finest. However you choose to spend your time in Tuscany, you’ll discover an artistic region, filled with beauty designed to appeal to every sense.

All roads lead to Rome, and with good reason - this city is one of the world’s most thrilling, offering unmatched history along every street. An evocative, inspiring and utterly artistic capital of unrivalled cultural impact, Rome is a city of back-to-back landmarks, which will take you on an exhilarating journey through the ages. This may be one of the world’s oldest cities, but it’s well and truly lived in. The ruins are punctuated with murmuring cafes, and the outdoor seating of restaurants sprawls out across piazzas, enticing you to sample tangles of creamy pasta and crispy pizzas. Rome’s incredible Roman Forum is littered with the ruins of its ancient administrations, which have stood firm for 2,000 years, since the times when the area was the centre of the Western world. Few sites are more simultaneously beautiful and haunting than that of the storied Colosseum, which looms deep into Rome’s rich blue sky. Take a tour to learn details of the grisly goings-on within. The best way to experience Rome is to wander its streets, gelato in hand. There is a lot to see here - whether it’s the domed spectacle of the Pantheon, or the elaborate flowing waters and artistry of the Trevi Fountain. Vatican City is an astonishing, colossal display of Catholic grandeur, while the Spanish Steps – crowned by the Trinità dei Monti church – offer a beautiful spot to gather and soak up the lively atmosphere of this humming city. With so much on the to-do list, you’ll relish the breaks you take, enjoying simple pleasures like a strong espresso, or fresh pasta with tomato sauce and ripped basil."